Immigration—what we admit into thought

With over fifty thousand Cubans seeking political freedom already admitted to the United States, many feel that this country— which accepts some three hundred thousand legal immigrants a year, an even larger number of "illegals," and thousands of other refugees—simply cannot provide jobs and housing for such a new flood of humanity. Apprehensions about job competition resulting from this latest influx of Cubans into the Miami area have added to the already tense racial situation in that city, which erupted in a recent riot by blacks there.

Others claim that the generosity of the United States is being manipulated to rid another country of its malcontents. 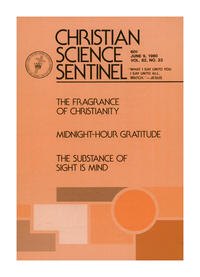