The keynote of President Carter's recent televised speech to the American people was a call for rebirth of the nation's spirit and a revival of its values. Among various reasons that the President listed for what he saw as America's current malaise was a worship of "self-indulgence and consumption." Mr. Carter's remarks were directed to the American nation. But other industrialized, high-consumption countries also have to contend with the problems arising from preoccupation with materialistic goals and an erosion of ethical standards.

Only a bulwark of higher values—moral and spiritual ones—can enable the world to withstand the sociological, economic, and political challenges now buffeting it. 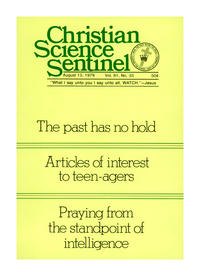