Some years ago, when moving from the Foreign Service into international consulting, I was asked by the American Government to escort the foreign editor of an influential Asian newspaper on an extended tour of the United States. With one brief exception this editor had not been outside his country, separated from his family, nor in an environment uncircumscribed by ancient traditions and customs.

He stepped off the plane thousands of miles from home into a society of high technology and rapid change. He evidently felt lonely, resentful, ill, and ready to take the next flight home. The tour was to begin in two days. I prayed for understanding and direction that would bless all concerned. 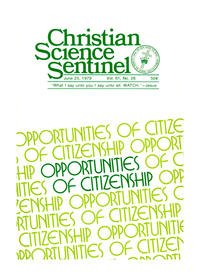