"Blessed are the meek"

Paul was chosen to be a mouse in the play which his class in school was going to put on for the spring assembly. The lead in the play was a rabbit with no tail named "Funny Bunny." Later in the play he was given a little white cotton tail; so he jumped with joy and then looked with delight at his reflection in a lake.

Paul was very much disappointed at the thought of being a little gray mouse who just looked on. He wanted very much to be "Funny Bunny." He came home wearing a long face and told his mother about it. The teacher wanted him to lead seven little gray mice onto the stage and circle around by the make-believe lake to watch the fun. But he told his mother he didn't know how to lead and he didn't want to go to school and, above all, he didn't want to be a mouse! 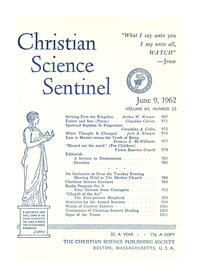