"How art thou fallen from heaven, O Lucifer, son of the morning!" (Isa. 14:12)—The word translated "Lucifer" means more literally "shining one," but there remains some difference of opinion as to the significance of the term in this context, though it is generally agreed that the metaphor is drawn from the waning of a star at the approach of dawn. There seems, however, to be little doubt that when the prophet refers to the downfall of "the shining one," he is referring primarily either to a personification of the resplendent Babylon or of Assyria (cf. verse 25), or to one of their kings (cf. verse 4), who in turn oppressed the Jews during the eighth, seventh, and sixth centuries B.C. (Sec G. B. Gray: Isaiah, Vol. I, p. 251ff.; and Hastings: Bible Dictionary, articles on Lucifer and on Israel.)

"An observer of times" (Deut. 18:10)—The Hebrew term which is thus translated is derived from a root meaning "to practise soothsaying" (Brown, Driver, Briggs: Hebrew Lexicon, p. 778). Consequently, Moffatt renders: "one who practises ... soothsaying;" and Smith and Driver: "a soothsayer"; though the Revised Version prefers: "one that practiseth augury." 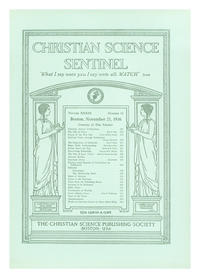