By a vote of one hundred and forty-seven to one hundred and twenty-six the House of Representatives reaffirmed its decision that no toll should be charged American vessels engaged in coastwise trade for passage through the Panama canal. The provision was stoutly contested and the result was received with cheers. As passed the bill contains the following essentials respecting tolls and railroad control of vessels using the canal: First, no tolls shall be levied upon vessels engaged in the coastwise trade of the United States; second, for foreign vessels using the canal, as well as for American vessels using the canal, not in the coastwise, but in the foreign trade, the toll is not to exceed one dollar and twenty-five cents per net registered ton, nor to be less than the estimated proportionate cost of the actual maintenance and the operation of the canal; third, after July 1, 1914, it will be unlawful for any railroad company or other common carrier subject to the interstate commerce laws, to own, lease, operate, control, or have any interest whatever, by stock ownership or otherwise, through holding company, or by stockholders or directors in common, or in any other manner, in any common carrier by water with which that railroad competes for traffic.

St. Paul, Minn., in its election of May 7 voted to adopt the commission plan of government. The new form of government, which was submitted in the form of an amendment to the present charter, was adopted by a vote of five to one. In June, 1914, the city will be ruled by seven men elected by the city. Among the hundred or more cities of the West and Central West which have adopted this plan, St. Paul, with a population of 214,744, is the largest by far. Oakland with one hundred and fifty thousand is next, with Memphis and Omaha following. The favorable vote was preceded by aggressive publicity by all the daily newspapers. The clubwomen came to the help of the Current Topic Club, which had small financial backing. Much of the credit of the adoption of the charter is placed by the framers with the women. 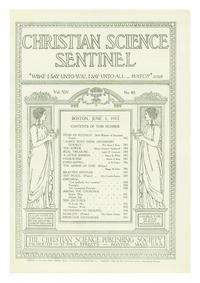