Boston University has issued a circular inviting opinions on the proposal to hold an international conference for the purpose of adopting a "universal alphabet" by which to indicate the pronunciation of words in the leading European languages. The twenty-six letters of the Roman alphabet are known the world over and furnish the "universal alphabet," representing, for the most part, the same sounds in all languages, but as the value of the letters is not quite the same in different languages or even within one language, it becomes necessary for dictionaries and language manuals to use what is called a key to pronunciation. It is now proposed to replace the multiplicity of keys by a single key, as perfect as it can be made through the amplest possible discussion and experimentation by a commission composed of the foremost experts in this line of research. By slight modifications, such as will not interfere with legibility, it is thought that the number of letters can be increased from twenty-six till it suffices to represent all the sounds of the leading languages. In English, about forty letters would be required.

The Panama Canal Commission has adopted the lock system for the canal instead of the sea level system favored by De Lesseps. It will be less expensive and take much less time to complete, and it also allows of a more feasible method of taking care of the waters of the Chagres River, which sometimes rises twenty-three feet in six hours, and once rose thirty-four feet. There is an average rainfall of 130 inches in the Chagres Valley, and it is proposed to take care of these torrential downpours, as well as provide water for the dry seasons, by constructing dams, reservoirs, spillways, etc. Estimates on the cost of the canal according to present plans are about $145,000000, and Admiral Walker figures that the work may be completed in eight years. There is a vast amount of work to be done, and outside of the Culebra cut most of the digging done by the French companies avails nothing. Rank vegetation and earth fillings have made it necessary to begin all over again in most of the seventeen districts into which the work was divided by the French company. 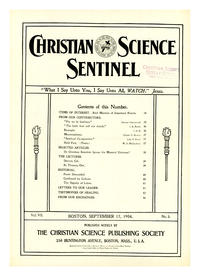