George B. Cortelyou took the oath of office as Secretary of the Department of Commerce and Labor on the 18th. At the same time William Loeb, Jr., was sworn in as secretary to the President. The oaths were administered by Chief Justice Fuller of the United States Supreme Court. 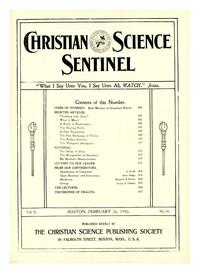