William B. Johnson, Alfred Farlow, James A. Neal with contributions from Streeter

IN the Sentinel of October 24, 1901, we published a somewhat lengthy account of the case of Jennie A. Spead v. Irving C. Tomlinson, which was tried at the October term of the Superior Court at Concord, N. H., the trial resulting in a disagreement of the jury.

The plaintiff pushed the case to trial again, and it was reached and the trial entered upon Monday, April 14, before Judge Peaslee and a jury. 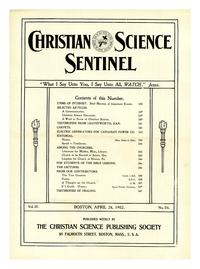