It was a highly charged situation. An indignant governing council had tossed a group of men into prison for espousing what was perceived to be heretical religious doctrine. And after the prison doors had been wondrously opened and the men walked free, they had gone right back to their preaching (see Acts 5:17–42).

A captain and officers rounded up the men, a group of Jesus’ apostles, and brought them to the council. When Peter and the other apostles were severely reprimanded for continuing to preach Christianity, they courageously responded, “We ought to obey God rather than men.” Their statements in defense of their work appeared to intensify the rage among the council members; the council wanted to kill them. 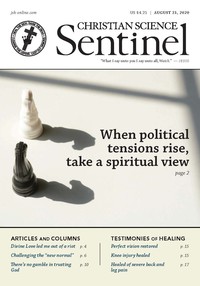