The hereness and nowness of harmony

Outside the National Arts Centre in Ottawa, Canada’s capital city, stands a life-size statue of a man sitting at his grand piano. The man is Oscar Peterson, a Canadian and one of history’s greatest jazz pianists. He recorded prolifically during his 62-year career, and, as the son of immigrants from the Caribbean, broke many racial barriers when he toured the world, including the segregated southern United States in the 1950s and 60s. Although drug use was rampant among his fellow musicians, he never took recreational drugs, always saying that if he did, it would kill his mother.

But back to the statue. As a part of the exhibit, a recording of Peterson’s music is playing at all times. This means that you can walk by that corner at 2:30 a.m. and hear his piano tinkling. Or, in the middle of a driving snowstorm at minus thirty degrees Celsius, his irresistible rhythms continue to delight. 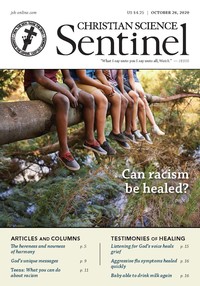