When an earthquake rattled central Mexico in September and dozens of buildings collapsed, Mexicans rallied by the thousands to rescue trapped survivors. Now many Mexicans realize corruption in the enforcement of building codes may have added to the size of the death toll of at least 369. As a result, a physical tremor has led to a political tremor.

Mexico City prosecutors, for example, have opened more than 150 investigations into alleged fraud and negligence related to the quake. And a petition campaign that collected more than a million signatures resulted in money designated for political campaigns being diverted to earthquake relief. In addition, the continuing public outcry is expected to shake up the 2019 presidential election.

Send a comment to the editors
NEXT IN THIS ISSUE
'To Bless All Mankind'
Is truth dead? 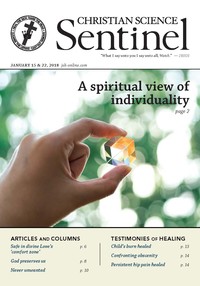