Adapted from an article published in The Christian Science Monitor, February 14, 2017.

As it began to lose more territory last year in Iraq and Syria, Islamic State (IS) posted a 55-page document online that aims to entice Muslims to operate on its behalf—as “media operatives”—in spreading its radical and violent message in the digital universe. “Media weapons [can] actually be more potent than atomic bombs,” one passage states.

After translating the document, researchers at King’s College London issued a report in February that offers an important recommendation: To counter the group’s attempt to deputize Muslims as propagandists will take more than showing the negative aspects of IS, such as the dismal life for its jihadi fighters or its misguided ideology. “Refuting the Islamic State’s claims to legitimacy is not enough—and will never be enough—to degrade its brand,” the report says. Rather, potential recruits, who may be young Muslims looking for a life purpose in a chat room or on social media, must be offered positive messages that meet their needs and prevent their radicalization. 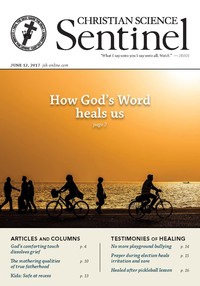