A ring of care for Mosul’s civilians

Adapted from an article published in The Christian Science Monitor, March 30, 2017.

The battle to retake the Iraqi city of Mosul from Islamic State, which began this past fall, has now become the most intense urban warfare since World War II. Street-to-street fighting in Mosul’s western and older section has put Iraqi forces to the test against ISIS fighters, who took Iraq’s second-largest city in 2014.

Yet unlike any previous urban combat in the history of war, the battle for Mosul includes an unusual protection for civilians. Humanitarian workers have set up a chain of lifesaving care facilities for the wounded, from the front lines to field clinics only ten minutes away. As tens of thousands have fled the fighting, they are quickly being given necessary physical care, and later any rehabilitative or mental treatment. 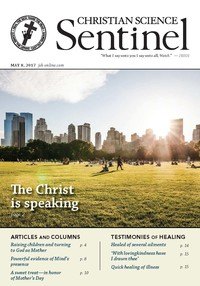