In July 2004, my family and my brother’s family took a vacation together. We brought along bicycles, and my brother and I went on a couple of very strenuous bike rides early in the trip. Some days later, I began to feel pain between my neck and shoulder, which made sleeping difficult.

After we arrived home, my wife and children went off to work at and attend a summer camp, and I remained at home alone. The discomfort I was feeling began to increase to such an extent that I was concerned that I would not be able to resume my work as an elementary school teacher at the end of August. 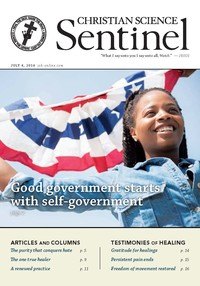