Originally printed in The Christian Science Monitor, May 12, 2015.

In a speech marking this week’s 50th anniversary of official ties between Germany and Israel, the German foreign minister made a special plea to the world, one that should not go unnoticed.

Frank-Walter Steinmeier asked that anyone looking at the close friendship forged between Israel and Germany “after the unspeakable cruelty of the past” should not merely praise it in words. The message of this remarkable reconciliation—which was inconceivable 70 years ago—must be put “into practice whenever and wherever possible” in a world still full of conflict and hate, he said. 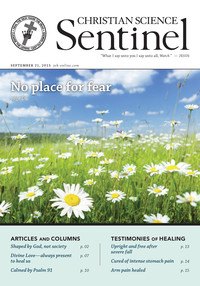