There I was—sitting alone in a conference room, trying to calm down after a meeting that had deteriorated into a heated argument. The goal of the meeting was to achieve consensus on a work matter, but instead it had been a disaster. It made me stop and think about consensus from a spiritual point of view.

Early in my career, when I was promoted to president of a property management and marketing firm, there were many business articles published about the increasing role of women in management and the skills they brought to companies, especially consensus-building. I thought this was a particularly strong skill of mine. I reported to the company owner, two asset managers, two boards of directors, and hundreds of tenants, and in addition, I managed a staff of 25. There were many opportunities to work on achieving consensus! 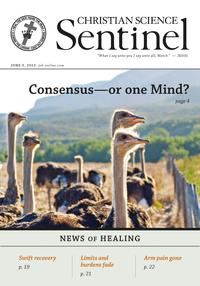