A number of years ago, I worked in the American Consulate in Alexandria, Egypt. At that time there was a Christian Science Society there comprised of a number of dedicated Christian Scientists of various nationalities. I was a member, and also served as the Second Reader and pianist.

Occasionally, I would go up to Cairo for a weekend. When a British member of the society learned I was planning such a trip, he said he would be in Cairo that weekend on business and asked if I would like to ride with him to what was then the British Canal Zone to see the Suez Canal. I thanked him and said that would be great. 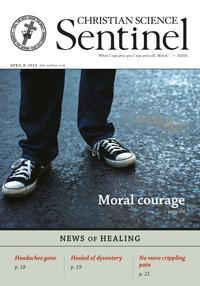