Ways to give, despite the economy

There’s no denying that this is a challenging time for the economy. Many aspects of American life, including charitable giving, have been affected. Individual giving in 2009 was $217.3 billion. This was a decline of $11.2 billion or 4.9 percent from the estimated $228.5 billion total in 2008, according to a report from the Center on Wealth and Philanthropy at Boston College. A survey from Merrill Lynch and Indiana University notes that wealthy households gave 35 percent less in 2009 than 2008: an average of just over $54,000 versus $83,000. Total donations fell by 3.2 percent last year.

But there is positive news too. MSNBC reports that Americans added an extra 100 million hours to the time they spent helping their communities last year. 1.6 million more people got involved, bringing the number of volunteers up to 63.4 million. It’s the biggest increase in volunteers in a single year since 2003. In total, Americans spent 8.2 billion hours volunteering last year. People may not be able to give as much financially—but they are finding other ways to give.

Pamela Hawley is the founder and CEO of UniversalGiving, a website that allows people to donate and volunteer with top-performing projects all over the world.&nbsp; 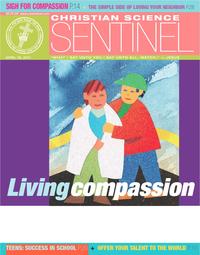