YU JIANRONG, a researcher with the CASS [Chinese Academy of Social Science], said many church properties were closed down during the "cultural revolution." But it was during this ten years of turmoil that religion began to spread rapidly, with many house churches springing up in Wenzhou, Zhejiang.

"It has to do with the nature of religion. The more pressure there is on a religion, the more prosperous it can be," he said, adding that more Christians than ever before are now willing to talk openly about their beliefs in public. "I have seen many village houses in Henan province and in other places that have couplets about God pasted on their doors. I would not have imagined people being so open decades ago." 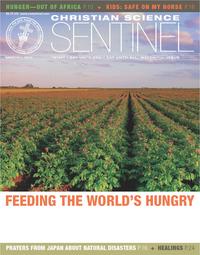