CENTER STAGE WITH A SINGLE FOCUS

Prophetess Miriam brought to life by a puppeteer

I first met Diane Allison in Boston after a presentation of her one-act, one-woman show Miriam. It's based on segments from the Bible account of the life of the prophetess Miriam—sister of Aaron and Moses. In this production, Miriam is a life-size puppet made of foam-core, aluminum, wood, hair bands, buttons, and layers of glittering cloth. "In fact," says Diane, "Miriam is larger than life. She demands a larger-than-life puppet."

As Diane came off stage, her two granddaughters—eyes alight and dancing—came out of the audience to greet her and to cuddle and stroke Miriam, whom Diane had placed across her knees. Though Diane admitted to being a "bit warm" after holding the stage for close to an hour speaking and dancing for Miriam, she was eager to chat as long as I liked.

Diane Allison is working on an extension of Miriam to include the story of Aaron, with his own tale to tell, whose deep compassion for Miriam impels her journey to freedom. 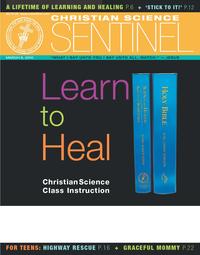