Hope and prayers for Haiti

The Devastating earthquake that hit Haiti in January brought suffering, destruction, and a feeling of hopelessness to a country already labeled as the poorest of the poor. The United Nations declared that it was the greatest disaster the organization had ever had to address, and reports confirm that this is the greatest human emergency in the history of the Americas. Most of the houses and major buildings in the capital, Port-au-Prince, were destroyed, and millions of individuals have been affected.

There is no question that rebuilding will be a long-term, multilateral project with committed countries and individuals responding to Haiti's cry for help. One media report compared this earthquake to China's earthquake in 2008. But unlike China, which had internal support and infrastructure to bring local aid and workers to the affected region, Haiti has no internal services to bring assistance. This makes the challenges to reconstruction even more enormous.

Sharon Carper is a Foreign Service Officer with the US State Department and has extensive experience working on task forces for international disasters. 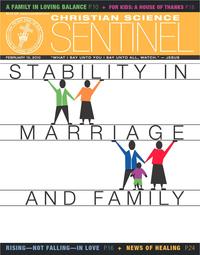