The US and other Western countries have long expressed concern that Iran is secretly developing a nuclear weapons program. However, the International Atomic Energy Agency (IAEA), which is responsible for monitoring Iran's facilities, has traditionally been more cautious in its assessments. Then last November, the IAEA changed its tune. In a resolution that censured Iran for its lack of transparency and cooperation, the IAEA underscored the West's concerns and said it couldn't rule out the possibility that the Islamic Republic was developing nuclear sites under the radar. With US President Barack Obama's window for a negotiated solution fast closing, three developments signal that this resolution marks a critical juncture for Iran and the international community.

First, all five permanent members of the United Nations Security Council—including Russia and China, who have been reluctant to criticize Iran—voted in favor of the resolution. While this does not necessarily mean they would support new sanctions if negotiations fail, it shows an unusual degree of international unity on the issue. 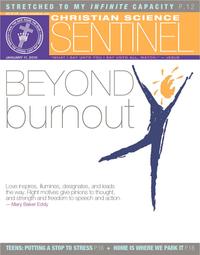