Israeli prime minister benjamin netanyahu broke new ground in his June 14 speech by voicing for the first time his support for a Palestinian state. He did, however, make that support conditional on Palestinian recognition of Israel as a Jewish state and on the continued presence and growth of Jewish settlements in areas Palestinians claim for their future state and capital (the West Bank and East Jerusalem).

In the Gordian knot that is the Middle East peace process, the settlements represent one of the most difficult issues to disentangle. They are inhabited by Jewish Israelis in Arab territory that has been occupied since the Six-Day War of 1967. International law considers them illegal because the land was gained through the use of force. Palestinians argue that continued expansion of settlements represents an attempt to preempt the creation of a Palestinian state with contiguous borders. Besides religious justification, some Israelis say that settlements are a necessary strategic buffer in areas susceptible to attack. As the population of the settlements grows (at a rate three times higher than that of the general Israeli population), the political voice of the settlers also grows, bringing heightened domestic pressure within Israel to continue their expansion.

Libby Hoffman is founder and president of Catalyst for Peace, which works in post-war reconciliation focusing on Africa. 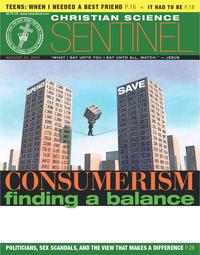