A 'new birth' for Somalia

MOVIES LIKE Pirates of the Caribbean have glamorized the pirate life, but there isn't anything glamorous about the pirates preying on ships that travel the Gulf of Aden off Somalia. Many are teenagers or not much older, and their country offers them few legitimate opportunities. Somalia, which is often described as a "failed state," has been without a functioning central government since 1991.

Ironically, fractured Somalia looks deceptively homogenous: Nearly all of its people share the same language, ethnicity, and religion (Sunni Muslim). But clan relationships and loyalties exercise power that can easily derail centralized government. Layers of relationships and antagonisms have thwarted attempts to bring these leaders together in a lasting way. Although President Sheikh Sharif Sheikh Ahmed, a moderate Islamic leader, was elected in January, his path is not an easy one. 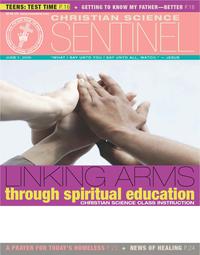