THE RICH DIVERSITY OF GOD'S GIFTS

SINCE I FIRST reported on the Olympics as more than 30 years ago, news coverage has steadily encroached on sporting coverage. Commentators now speculate as never before about the decline of the Games—wondering whether London 2012 mightn't perhaps see the end of this extraordinary quadrennial gathering of the world's athletes.

Frank Deford suggested a few weeks ago on National Public Radio that the "big show" might be viewed as an "unnecessary excess." He said the Olympic Games had "ended up as a festival for those sports that nobody much cares about for the other three years and 50 weeks." 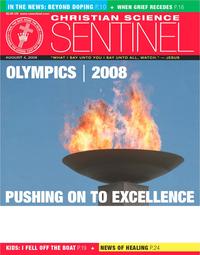