Finding an end to female circumcision

Female genital mutilation (FGM), or circumcision, is practiced on girls five to eight years old, as well as women, in some 28 African and several Middle Eastern and Asian nations. Now, as more people from these areas immigrate to Western countries, they are bringing the custom with them. Although it is illegal in at least seven countries—Canada, France, Norway, Sweden, Switzerland, the United Kingdom, and the United States—girls living in those countries are sometimes sent abroad for the procedure, or the family may do it themselves.

The persistence of the practice is at least partly the result of its role as a girl's rite of passage into adulthood. Although FGM is often identified with Islam, it is practiced by some Christians, Muslims, and Animists. The act is rooted in cultural, not religious, beliefs and has existed for over 1,000 years. Its main purpose is to reduce women's sexual desire so they remain virginal before marriage and faithful to their husbands afterward. Today, roughly 130 million girls and women have undergone the procedure, and about three million more girls will undergo FGM every year. 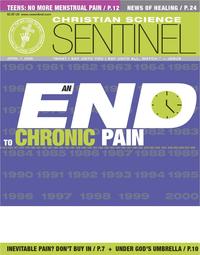