Financial solutions for the global family

As Nations Continue to grapple with financial crisis and recession, working together has become an important approach to a complex issue. The G20 nations, which had their first group meeting last November, are continuing to hold smaller gatherings until the next group session, which is planned for April. While the core of seven developed countries (the G7) will continue to be important, the inclusion of up-and-coming nations such as Brazil, India, Turkey, South Africa, China, and others is a step of progress.

Banking, manufacturing, and so many other sectors of the world's economy are interdependent. All have a part to play in preserving the world's economic health. And people who pray have an important role as well. 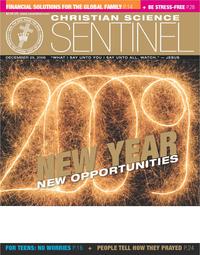