In support of reliable media reporting

It had all the excitement of a true-crime story. I was a young television reporter, interviewing an FBI agent engaged in an ongoing investigation into a renowned Mexican drug lord and his cartel.

I was conducting my own investigation for a special television series. The agent told me this man was ruthless and was suspected of committing countless murders. He said I could be endangering my life. He advised me to stay away from certain places in Mexico that the drug lord and his people were known to frequent. The drug leader was so powerful in his hometown that not even the mayor would speak to us. Despite the warnings, I refused to give in to the pressure. Although I do recall at least one threatening phone call and possibly a letter, I successfully made it through my visits to Mexico and completed my series.

Cynthia Russell was in the television industry for ten years. She reported and anchored local news in several markets, including Oklahoma City and Orlando. After a second career in real estate, she and her husband now live in Florida where they own and operate their own business. 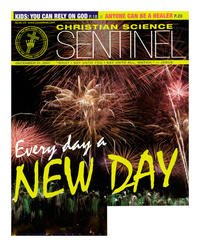