WHAT WE CAN DO ABOUT DOMESTIC VIOLENCE

ONE IN FOUR. One in three. Maybe half. Those are estimates of the proportion of men and women caught up in domestic violence—statistics I recently heard at a panel discussion presented by Harvard Divinity School ("Domestic Violence Panel: Awareness and Engagement in Faith and Non-Faith Communities," Nov. 30, 2006).

The federal Centers for Disease Control estimate that what they call "intimate partner violence"—physical, sexual, or psychological violence between spouses, former spouses, and other couples—affects some 32 million people in the United States. And that's not counting abuse of children and dependent elders—which adds up to huge numbers of people under attack within the very relationships that should be sources of nurturance, trust, comfort, and support.

Ruth Walker is a writer and editor in Boston, Massachusetts. 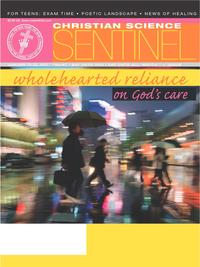