with contributions from Barney Zwartz

"A room designated for around-the-clock contemplation and prayer has proved a big success.

"The prayer room has been stationed for the last week in the Methodist Church Centre, in High Littleton [England], and has attracted people in their teens to their late 80s. It opened [Saturday, April 2] and by Monday 80 people had signed up to use the space. The room is covered with ideas and prayers that others have contributed during their hour as well as space for people to add their own. Candlelight gives the room a serene feel, and national and world maps show where and what is being prayed for elsewhere. 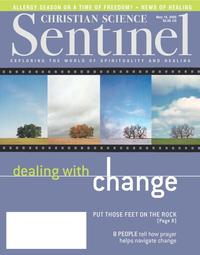