The catch that didn't get away

In the Northern Hemisphere , summer is in full swing, and so are the world's two major bat–on–ball games—cricket and baseball. They are being enjoyed at venues ranging from high–tech stadiums to sandlots and village greens.

In England, where the touring New Zealand cricketers have just played a "test" (international) series against their hosts, my three–year–old granddaughter—with strong maternal ties to the United States—will, at the least provocation, belt out a rendition of "Take Me Out to the Ball Game." 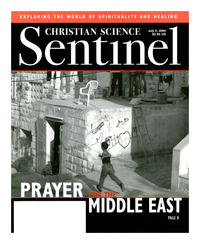