"According to NASCAR [National Association for Stock Car Auto Racing], stock-car racing is the United States' second most-popular televised sport behind the NFL. It attracts more than 75 million fans, or about a third of the adult population. The NASCAR Nextel Cup Series, which consists of 36 championship races at 23 tracks in 19 states, attracts more people than the Super Bowl, NBA finals, and the World Series combined, and annually NASCAR sponsors more than 1,800 racing events in 38 states at 118 tracks.

"But within this cult of motorheads is a vibrant, spiraling, and empowered faith community that puts a premium on family values and Christian faith. ... 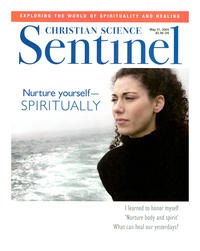