AFTER THE DA VINCI CODE, WHAT NEXT? WOMEN, SPIRITUALITY, AND POWER

The role of women and spirituality took center stage at The Mary Baker Eddy Library for the Betterment of Humanity in Boston on the evening of October 29. Fifth in a Library series focusing on "America the Spiritual," this panel conversation—"After The Da Vinci Code, What next? Women, Spirituality, and Power"—was moderated by Liz Walker, a local television news anchor and minister. Dan Brown's novel The Da Vinci Code—depicting Mary Magdalene in an unusually prominent role—has brought public discussion of women, power, and spirituality to the forefront. Joining Walker to share their views were featured authors Ann Braude (Transforming the Faiths of Our Fathers: Women Who Changed American Religion) and Judith Wellman (The Road to Seneca Falls: Elizabeth Cady Stanton and the First Woman's Rights Convention). Each of the panelists is keenly interested in the place and relevance of women in religion and spirituality. 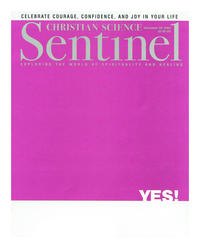