My First Opportunity to vote in a national election wasn't exactly a shining citizenship moment. It was about this season during my senior year in college. I remember talking late one night with my friend Christina about the upcoming election. She was strongly in favor of one presidential candidate and urged me to get involved, at least to vote. I wasn't disinterested in politics but was disillusioned with the state of my country at the time.

My response to my friend was essentially that neither candidate was trustworthy, and that the whole political process looked meaningless. We were at war, and the war probably would continue no matter who was elected 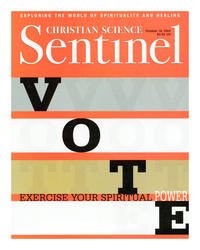