Christian Science—and the future of Christendom

The pundits are predicting hard times for Christendom. Scholars such as Philip Jenkins argue that a great North-versus-South global divide will bifurcate the Christian faithful in the next decades—triggering "tumultuous conflicts within Christianity," the likes of which haven't been seen since Martin Luther set off Protestant Reformation in the early 16th century. This clash and its outcome, according to Jenkins, will shape the future of world religion more decisively than will Islamic, Buddhist, or Hindu thought ("The Next Christianity," Atlantic Monthly, October 2002, pp. 53-68).

On one hand, are the Northern Christians of America and Europe—liberal, affluent, technologically savvy, more interested in their relationship with God than with Church. On the other hand, are the Southern Christians of Africa, Latin America, and Asia—conservative, less economically and technologically advantaged, devoted to tradition and church community. And often passionately devoted to spiritual healing. 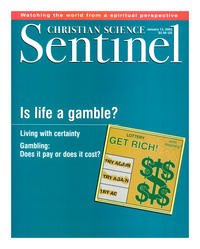