GOD IS IN THE DETAILS, TOO

Delays are commonly accepted as part of any building project. Right at the beginning, the engine went out on the Suburban we would be using to haul construction materials. We were told that a new engine would have to be flown in—and that "who knows how long that will take." We decided right then that we would accept only God's plan, which was already perfectly established and not based on a timetable. Within the hour a phone call came telling us that an engine had been found right in town and the Suburban would be ready in two days. This set the tone for the entire project.

We found that as we lifted our thoughts to God—thinking beyond the usual construction conditions and timetables—we could see a "spiritual law of operation" that governed everything. 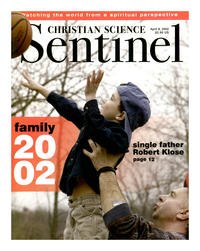