The Mary Baker Eddy Library for the Betterment of Humanity"

The following is an excerpt from a sermon Mary Baker Eddy gave on February 8, 1885. The Scriptural text she chose as the basis for her sermon was First Corinthians 10:18: "Behold Israel after the flesh: are not they which eat of the sacrifices partakers of the altar?" 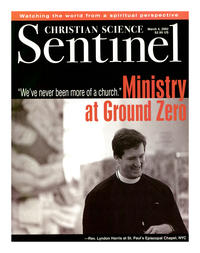