The following is an excerpt from a letter Mary Baker Eddy wrote in 1906 in response to an inquiry from Minnie Hall Perry, regarding Perry's concern that a picture from another denomination—Roman Catholic in this case—hung in the Denver Christian Science Reading Room. 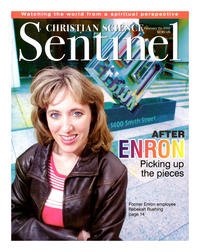