News and tends worth watching

National Basketball Association champion David Robinson is valued not just for his performance on the court but also for his exceptional behavior off the court. A generous, clean-living man, Robinson has provided scholarships to children for nearly a decade.

Although he was always striving for a moral life, he drifted for a while after he became a star with the San Antonio Spurs. His life turned around when he became a born-again Christian in 1991. 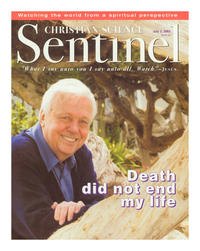