Charitable donations in the United States increased in 1999, continuing a trend that has run for the last five years. After allowing for inflation, the increase was 6.7 percent, compared with 1998 figures. According to the American Association of Fund-Raising Counsel's Trust for Philanthropy, people gave $190.2 billion—an increase of nearly $16 billion.

Once again, religious organizations were the main beneficiaries, receiving nearly $82 billion of that figure. 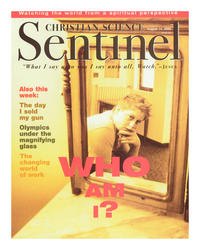