Many years ago while serving in the military in northern Japan during the Korean conflict, I began to suffer from occasional sore throats. The condition would appear, and after a few days disappear. Although I had attended Christian Science Sunday Schools in my youth, I was not at this time relying upon Christian Science for healing.

In the middle of particularly severe winter during this period, the throat condition again flared up, but this time instead of getting better after a few days, it worsened. Several days later, I was ordered to sick call. After the medical officer had examined me and diagnosed the condition as strep throat, I was sent to the hospital, where I stayed for two weeks. 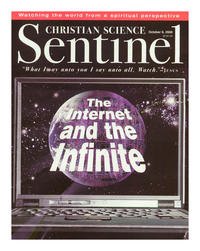