Once when I was seven and my older brother Ben was nine, we were going to meet one of his friends around the corner from our home. We stopped at the agreed meeting place, which was a stump, but when Ben couldn't see his friend coming, he decided to go to the next corner to look. I waited at the stump in case his friend came another way. Before long, Ben was out of view. He was gone five minutes when I began to wonder where he was. I figured he was just around the corner and would be back soon, but after another five minutes, I decided to go look for him.

When I reached the corner, Ben wasn't anywhere to be seen. 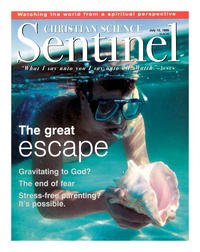