Controversy and confusion swirl around the subject of homosexuality. One reason the subject is so emotionally charged is that many people see it as central to their very identity.

One television news program I saw analyzed this issue through interviews with a biologist, a psychologist, and a minister. Before long it became obvious that these three had completely different opinions on the subject. The biologist believed that homosexuality is a genetic trait determined before birth. The psychologist considered homosexuality a behavior caused by the character of a child's relationships with his or her father and mother in the formative years. The minister felt it's an aspect of man's nature as a sinner—that it is a temptation one has to resist, even if the inclination remains. 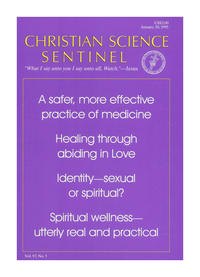