"I wasn't fighting to give up drugs; I was praying to gain understanding"

Billboards, television advertising, school programs, counseling centers, warn people about drugs—and about the tragedies that come with them. But what if you are in the middle of a drug tragedy? Can you really get free? And can you leave behind the things that started you toward drugs in the first place? In this article a young woman talks about how she made a break from drugs and about the freedom and self-worth that came with it.

By the time I was in my late teens, I was thoroughly involved with drugs. It got to the point that I felt I could not make it through an hour, much less a day, without them. My doctor, who was also a concerned friend, feared that my life would come to an abrupt end as the result of either suicide or ill health. 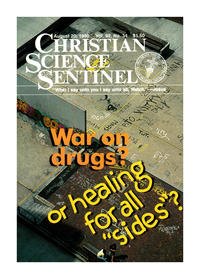