Surveying the trend toward single-parent homes in the United States, an article in The New York Times brought out some startling statistics. By 1979, it pointed out, almost one out of every five families with children was maintained by one parent. The number of single-parent families had risen 79 percent in the past decade. The New York Times, August 17, 1980 .

As divorce or demise of a spouse compels a growing number of single parents to undertake the challenges of raising children alone, many wonder if it is possible to be an effective parent and create a healthy household even though one is single. 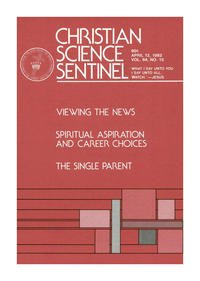