Peace on the streets

The scene: a bustling downtown street in a large American city.

Walking briskly, I was about to enter a very narrow, temporary walkway, which fronted a new office building under construction. Suddenly I saw that a messenger on a bicycle was in the walkway headed toward me. My instant impulse was to move right into the walkway and force him to go by me. (I belonged there; he didn't!) And that's what I did. 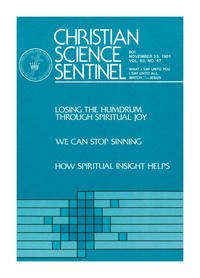