Admissions that are hard to make

Almost fourteen centuries passed. Only then was Ptolemy's widely accepted, earth-centered universe thoroughly challenged. Although Copernicus had put into writing his view that the sun is the center for our system of planets, he kept the manuscripts hidden for some thirty-six years before publishing them. Even then his concept was only gradually accepted. Society doesn't exchange overnight deeply held convictions for newly perceived truths.

If we are honest with ourselves, we can all remember instances when we've only reluctantly let go of views whose validity has crumbled. The surer we were of being right, the tougher it was to admit we were wrong. But when we finally adopt a more honest and accurate position, we're always on steadier ground. 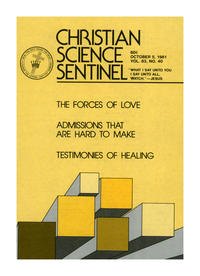