A Rule to Remember

Terri belonged to a riding club and noticed that there was a harmonious relationship among the members, who shared a common interest in horses. However, there was one exception. One couple became involved in petty feuds and arguments with one member after another. Since it didn't particularly concern her, Terri simply watched with amusement from the sidelines. But one day she found she was no longer on the sidelines but right in the middle of a conflict with this couple. It wasn't amusing any longer!

Terri found that she was responding as she had seen the others do—with resentment, self-righteousness, and indignation. Many unpleasant hours and days passed, and all the time these feelings grew in intensity. 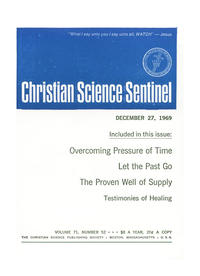