Samuel E. Herrick, beloved Boston clergyman, led a serene, uneventful life. His father was master of a whaling ship, and Samuel was born near the sea at Southampton, Long Island. After graduating with distinction from Amherst, he studied at Princeton Theological Seminary, which at that time was an extremely Calvinistic school. However, only one of the three churches he served was Presbyterian, and that was his first pastorate in New York State. After seven years of ministry at Congregational Church in Chelsea, Massachusetts, he was called to Mt. Vernon Church in Boston. To this church he gave the utmost devotion and spent thirty-four years in its service.

Herrick welcomed the findings of science and the higher criticism of the Bible. His thought was that "a traditional Protestantism has no more right to the claim of infallibility than a traditional ecclesiasticism." Often he lectured on the progress of thought in religious movements through the centuries. In his deeply thoughtful sermons, he endeavored to share the spiritual light he had found, but he did not resort much to reasoning. His ministry has been spoken of as one of light, and his theology was always related to life. 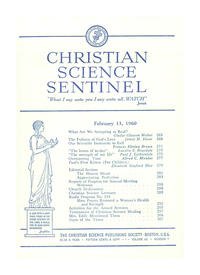